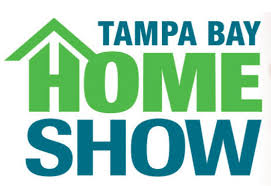 Tampa bay home show Everything For The Home - Inside and Out!

Tampa bay home show Everything For The Home – Inside and Out!

Come on out and meet the home improvement experts at the Tampa Bay Home Show. Plan to spend the day discovering great exhibits, giveaways, door prizes, seminars, and so much more. See the latest trends in home remodeling: from kitchen and baths to flooring, to windows and home protection.

Tropicana Field, also commonly known as The Trop, is a domed stadium in St. Petersburg, Florida, United States, that has been the home of the Tampa Bay Rays of Major League Baseball (MLB) since the team’s inaugural season in 1998. The stadium is also used for college football, and since December 2008 has been the home of the St. Petersburg Bowl, an annual postseason bowl game. It is currently the only non-retractable domed stadium in Major League Baseball, and is the smallest MLB stadium by seating capacity when obstructed-view rows in the uppermost sections are covered with tarp as they are for most Rays games.

Tropicana Field opened in 1990 and was originally known as the Florida Suncoast Dome. In 1993, the Tampa Bay Lightning moved to the facility and its name was changed to the ThunderDome[14] until the team moved to their new home in downtown Tampa in 1996. In October 1996, Tropicana Products, a fruit juice company then based in nearby Bradenton, Florida, signed a 30-year naming rights deal.